By presenting a condensed festival, the New Music Forum seeks to continue the tradition developed over a period of two decades by the Slowind Wind Quintet with its Slowind Festival. This continuity is reflected in a commitment to the most contemporary music and the presentation of music of the twentieth and twenty-first centuries that has not yet found its echo in Slovenia, with a particular focus on the music of the last two decades.

It was this approach that led to the selection of the first composer in focus or curator of the festival: Ondřej Adámek (1979) is a representative of the youngest generation of composers who are nonetheless firmly established internationally. He comes from the Czech Republic, and so was born beyond the Iron Curtain, but in his creativity he is a strong member of a connected Europe, without political and aesthetic borders. Adámek’s view is attractive for Slovenian music culture, which is contextually embedded in similar frameworks, as it could be compared to Slovenian composers of the same generation (V. Žuraj, N. Šenk, M. Bonin, P. Strahovnik).

Adámek has designed the festival around the programming principle Body Clock, which conceals the essential elements of his own compositional poetics: on the one hand, physicality and tactility and, on the other, a strong dependence on the temporal component, on rhythmic pulsation. Interestingly, both of these musical components also strongly mark the ubiquitous popular music. Thus, Adámek’s selection can be understood as a broader social commentary.

The New Music Forum presents five concerts, each of which attempts to shed light on the central theme from a new perspective. The first concert focuses on “Trance”, a special state of body and mind that transcends the sense of time. The concert will culminate in a performance of Andriessen’s Workers Union, a central “essay” on freedom and unity. The second concert brings electroacoustic music under the title “Icy Hot”, an oxymoron indicating contrasts and flirting with genres of the music of noise and obsessive rhythmic pulsation. The third concert focuses on various quartets (string quartet, percussion quartet, saxophone quartet, two pianos with two percussionists), while the title “Pulsating Bodies” emphasises the connection between rhythmic pulse and bodily reaction. The fourth concert, “Body Patterns”, is a late night concert and most directly presents the theme of the entire cycle: the works will be performed on the bodies of percussionists, while a “silent” composition for solo conductor will also be presented. The final concert, “Karakuri”, will be the most extensive event in terms of duration and complexity, with works for a larger ensemble, while the concert and festival will end with a composition by the composer in focus and curator of the festival, Ondřej Adámek, focusing on a traditional Japanese mechanised puppet.

With the exception of a work by Vinko Globokar, all the compositions of the concert cycle will be performed for the first time in Slovenia, including new works commissioned from Slovenian composers Petra Strahovnik, Urška Pompe and Mauricio Valdés san Emiterio. In addition to the commissioned works, other Slovenian compositions (by Larisa Vrhunc, Vinko Globokar and Neville Hall) will also be performed at each concert. Among the works by foreign composers, particular mention should be made of international classics of the last three decades by O. Adámek, S. Steen Andersen, L. Andriessen, F. Lévy, G. Ligeti, V. Globokar, G. Aperghis and M. Smolka.

As a result of the COVID-19 pandemic, we have been obliged to make some changes to the originally listed program. 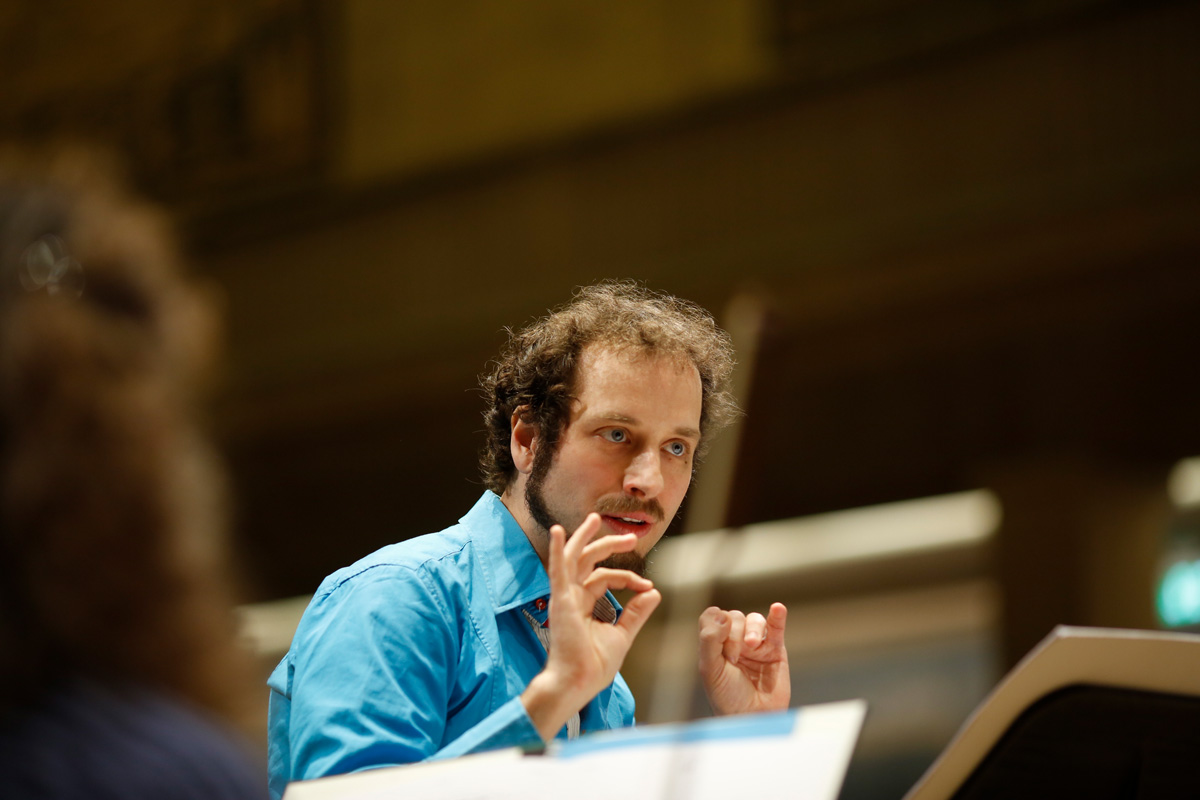